July 06, 2015
After two years in the house we are finally getting a decent bathroom!  I've had seven new bathrooms over the last ten years, so having to live with this mess after all those new bathrooms is making me crazy. 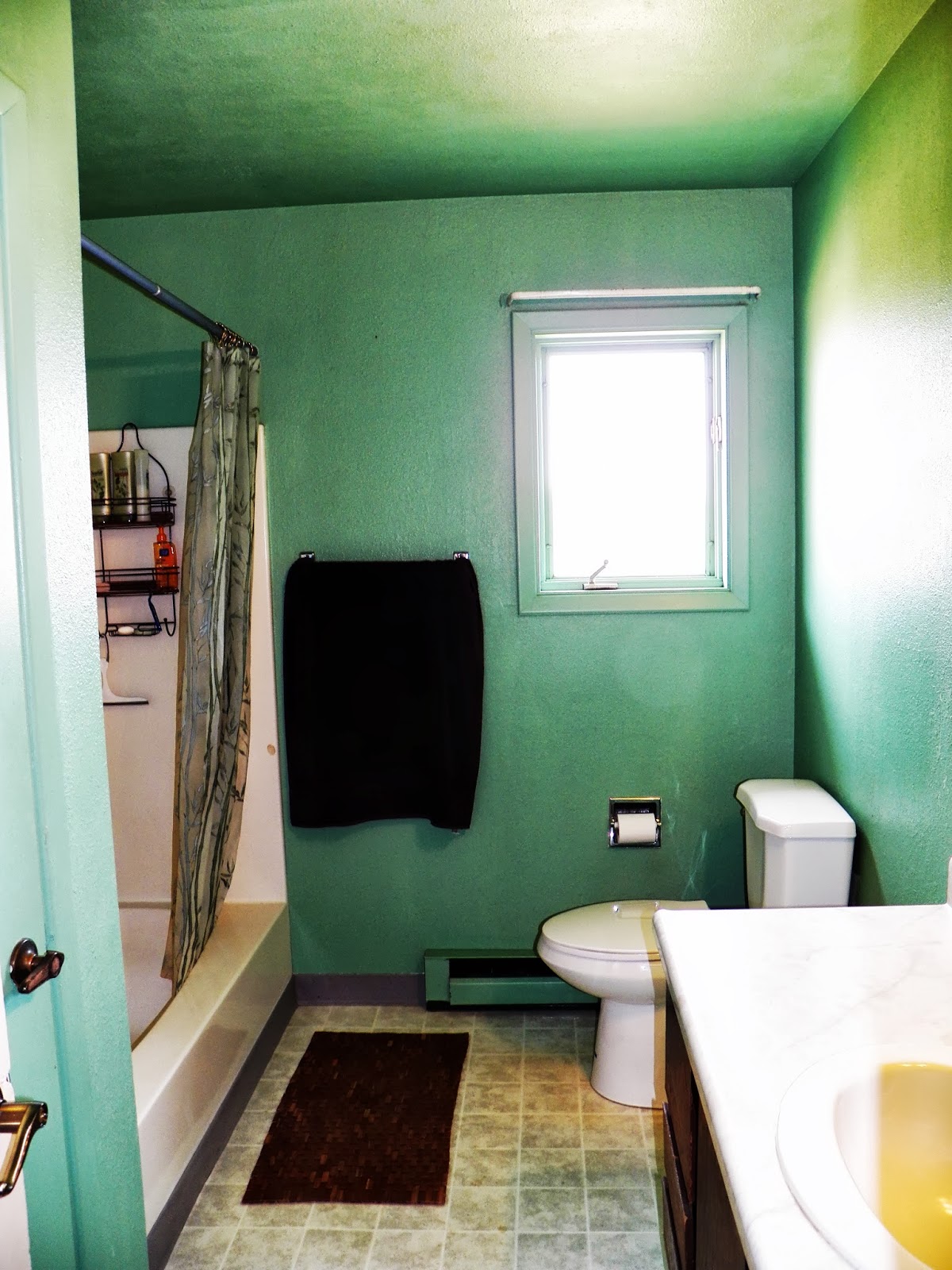 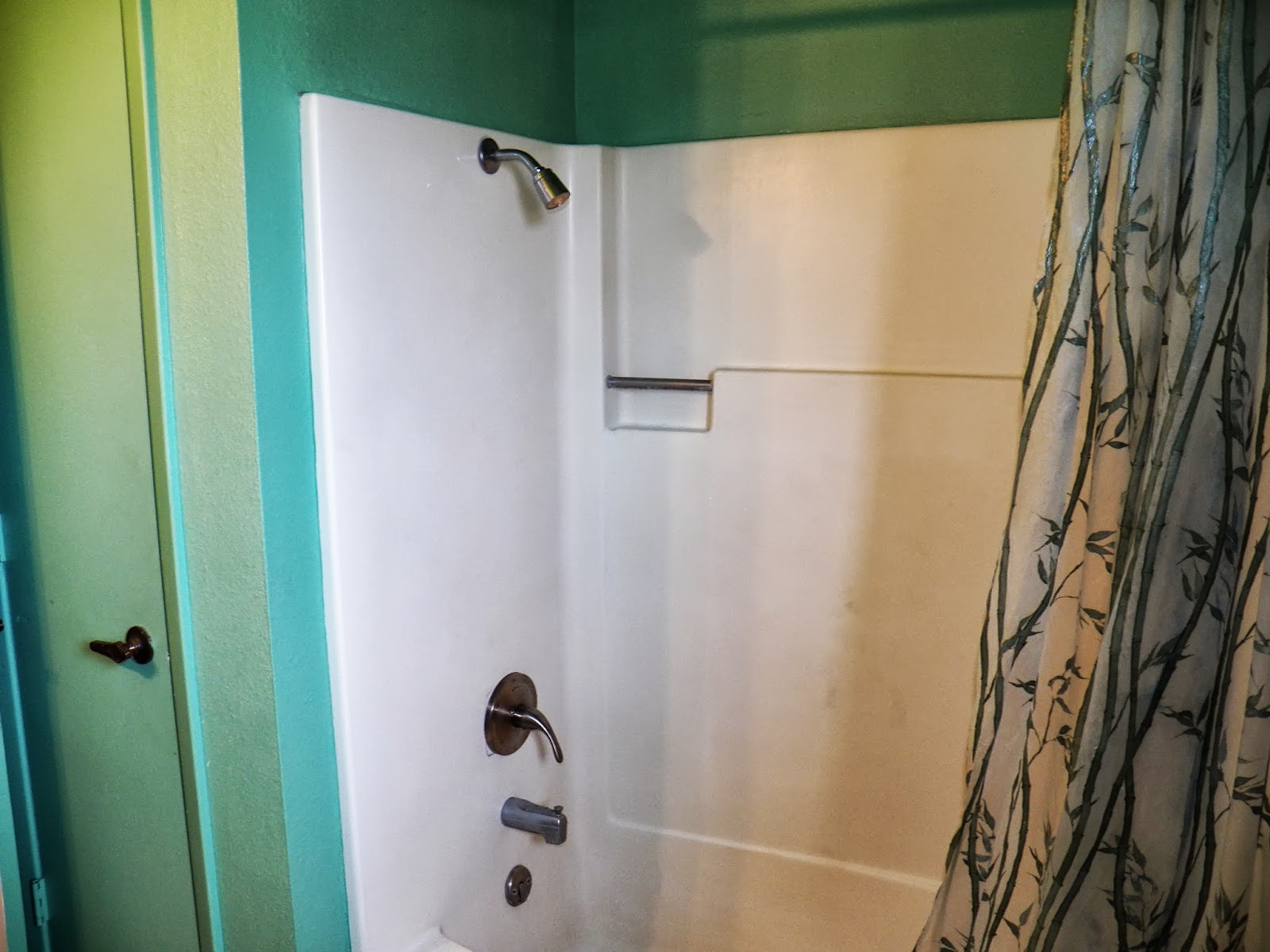 I slapped some antique white paint on the walls to tone down the green but this space has been driving me nuts for the last twenty-two months.  So when Luke suggested that we start the remodel over the 4th of July weekend I jumped at the chance.  Within a week we had bought our materials and installed a toilet in the basement bathroom (not exactly private, but more convenient that driving to the nearest gas station) 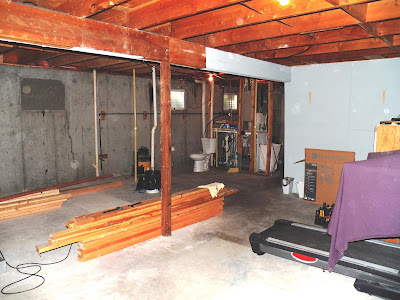 I even tested out a few tile patterns on the bathroom wall.  It's actually an improvement and I should have taken a sharpie to the walls years ago. 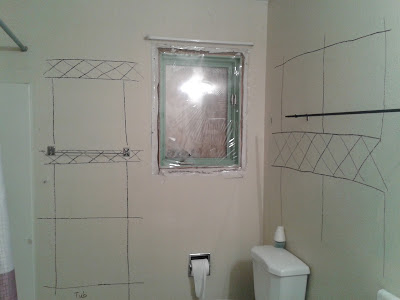 We have a lot of changes to make.  To begin with, the bathroom is larger than necessary.  At 8'x9' it is the same size as our kitchen.  It didn't take much debate before we agreed to change the bathroom to 5'x9', giving us another 3' for the future kitchen.  This requires that we change the entire configuration of the fixtures and plumbing so we gutted the room to the studs and rebuilt it at the new, smaller size. 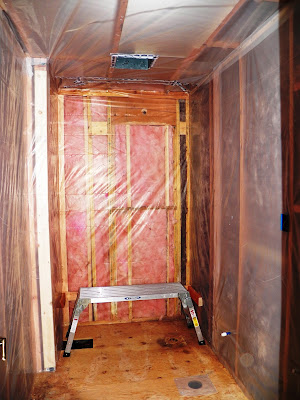 A conflict between tub drain locations and floor joists necessitated using a 54" bathtub instead of the standard 60".  It's not ideal but nothing in this house is going smoothly so I shouldn't be surprised.  Last night we managed to get the drywall and durock up so the room is feeling considerably more finished. 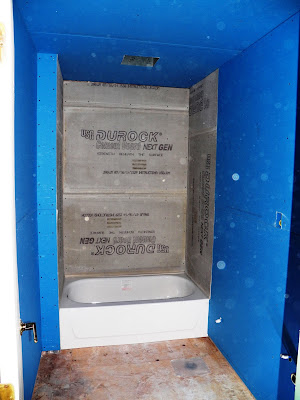 We now have some dead space next to the bathroom.  Until we actually start the kitchen remodel this will be a useless space, accessible only through the linen closet door. 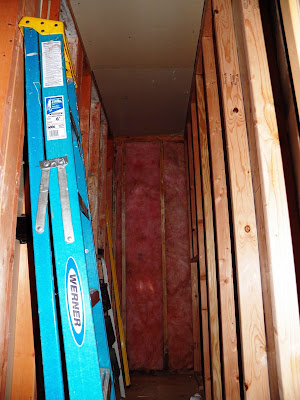 Unfortunately we have to go back to our day jobs so progress on the bathroom is about to slow down.  But having to drive 10 miles into town to shower at work is a powerful motivator and we'll be working hard in the evenings to get this thing done.

Unknown said…
It’s great that you finally had the time to start with the renovation. Though you only had a weekend to work on things, it seems that you have done a lot in one go. Anyway, I hope you get to finish everything by the next weekend or two, so you can finally take a shower in your house again. Haha! Good luck!