Our fourth home reminded me of a comment from the Simpsons, "Who wants another bite of banality?" That pretty much sums up this 1978 ranch home.  It wasn't what we wanted for style, location, etc, but the price was right.

Back Before - The back of the house was as ugly as the front, maybe even a little worse 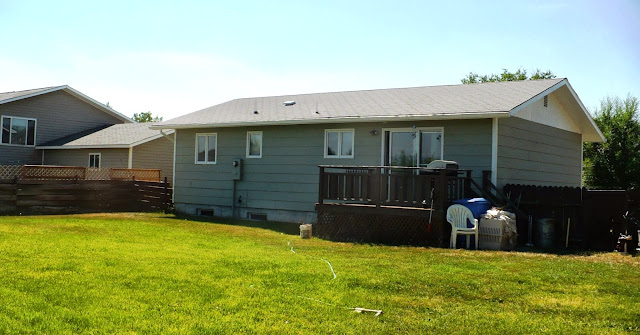 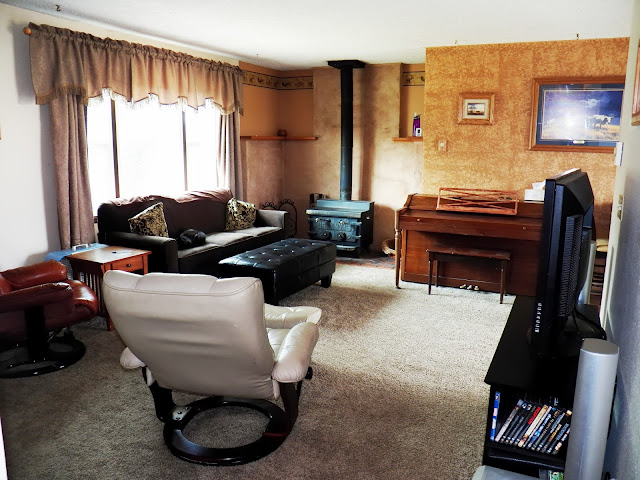 After - Removing the between the kitchen and around the stairwell really opened up the space. 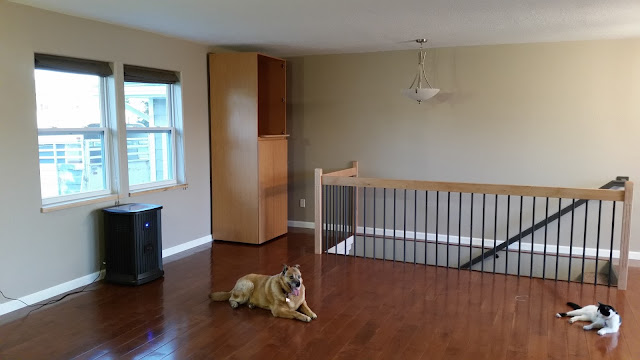 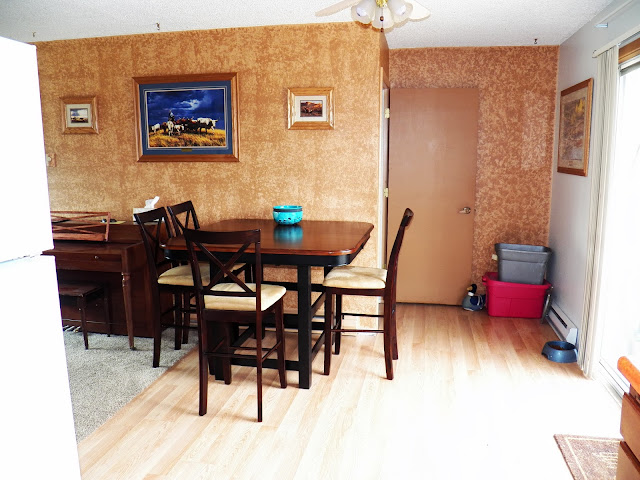 Dining Room After - It's still not a large space, but it's more clearly defined and has less traffic.  We replaced the chairs with stools to maximize the space. 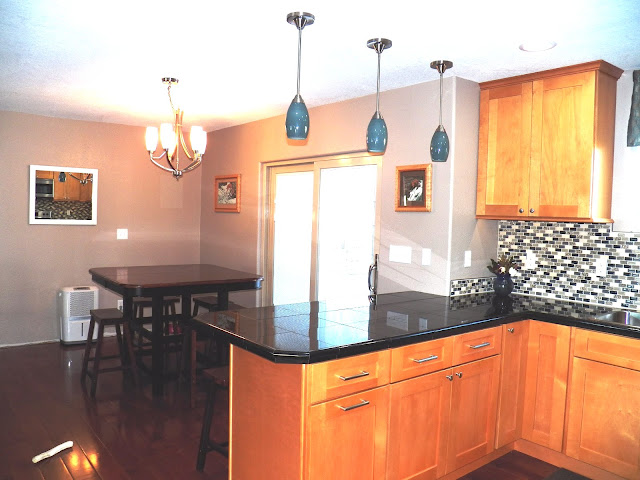 Kitchen Before - So much ugliness packed into 72 sq ft 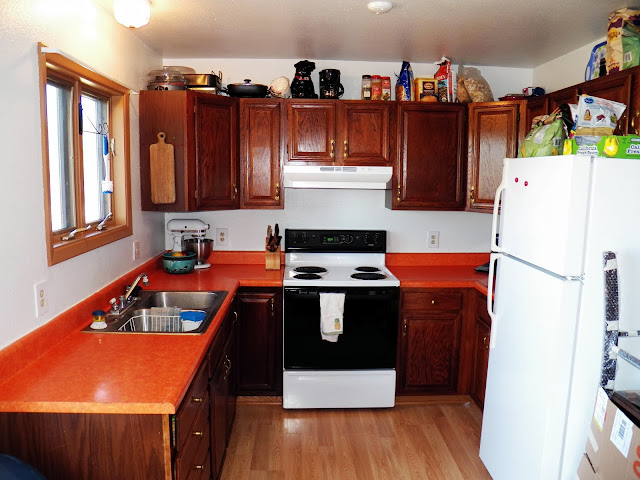 Kitchen After - Almost twice the space and much more functional 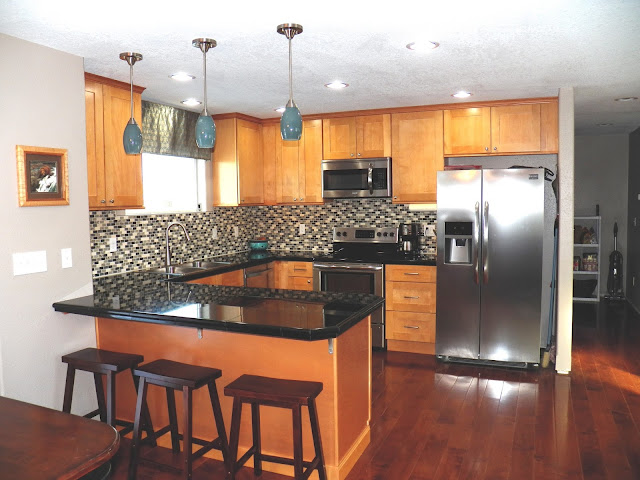 Bathroom Before - Kermit green is never an attractive color. 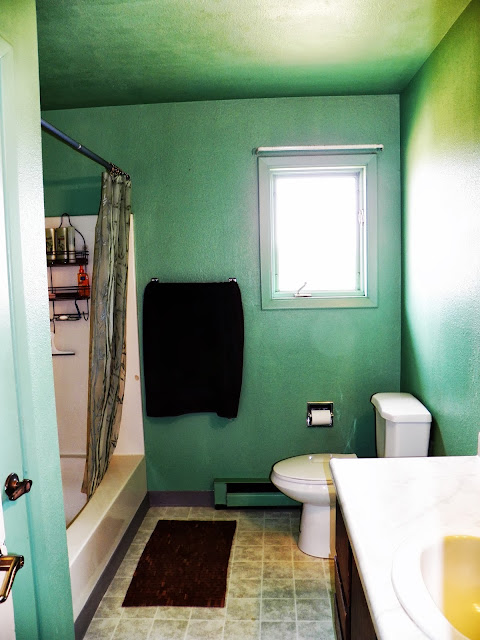 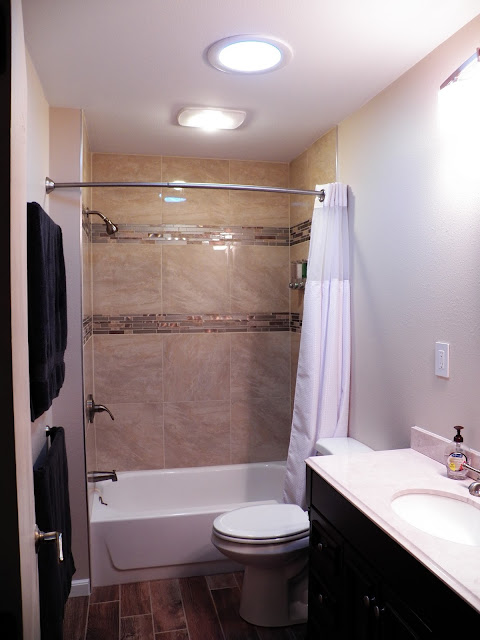 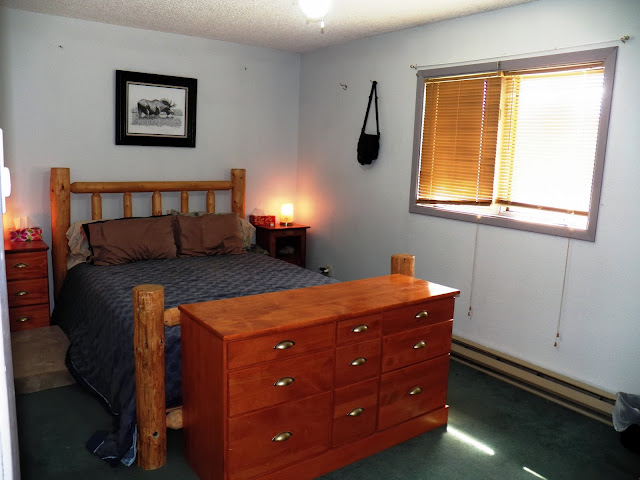 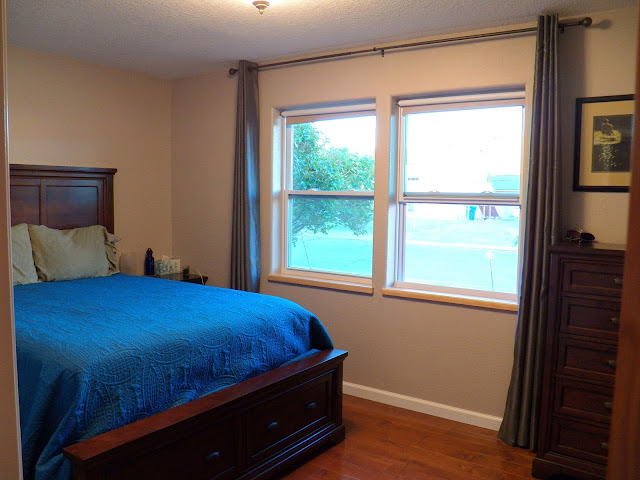 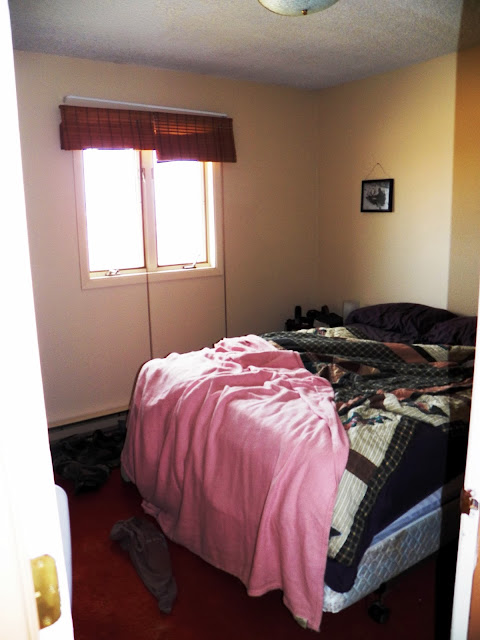 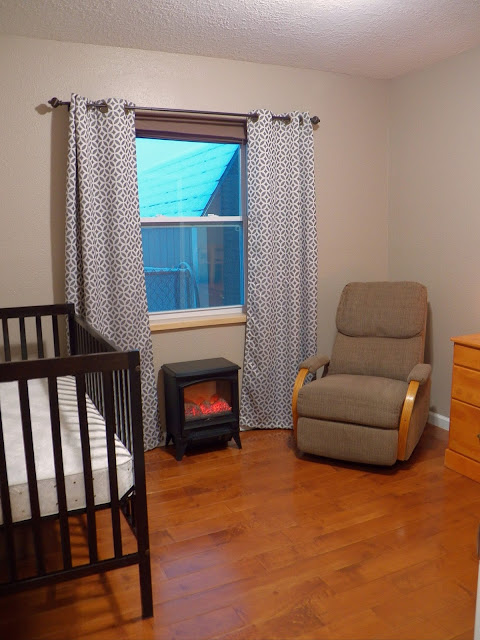 The basement was partially finished but we had to tear down the drywall and correct the layout.  This is the "den" at the bottom of the stairs. 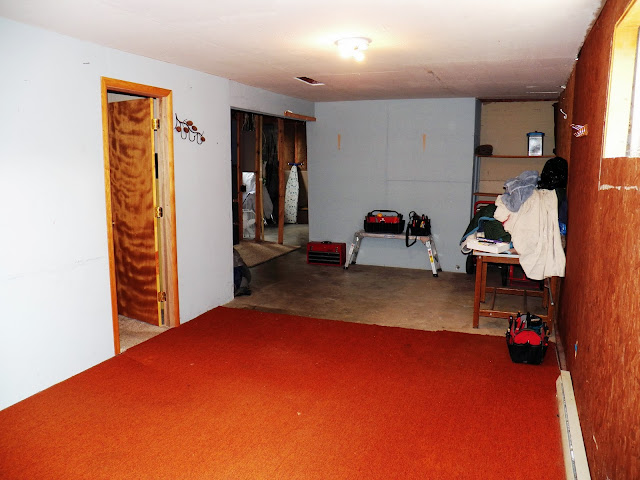 Family Room After- We removed the wall between the office and family room to open up the space. 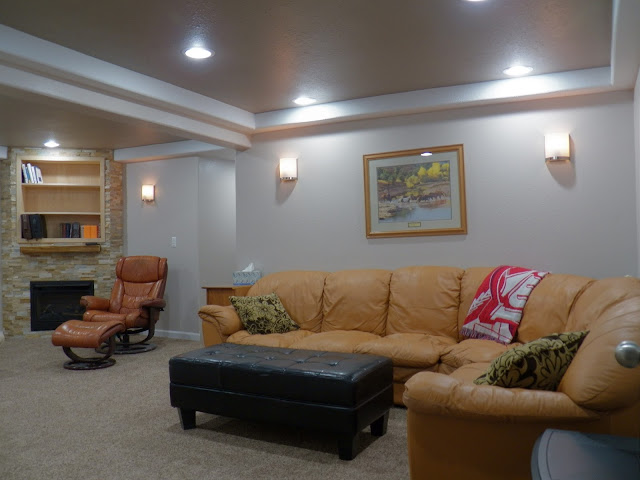 Office Before - The most finished space in the basement was still very poorly done. 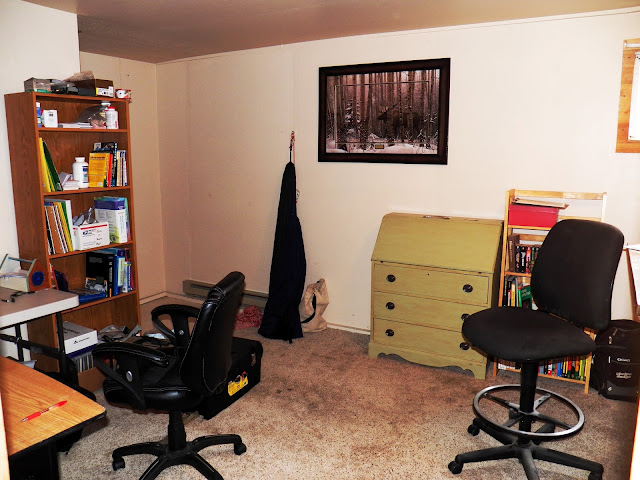 Office After- We converted the office into half of the family room. 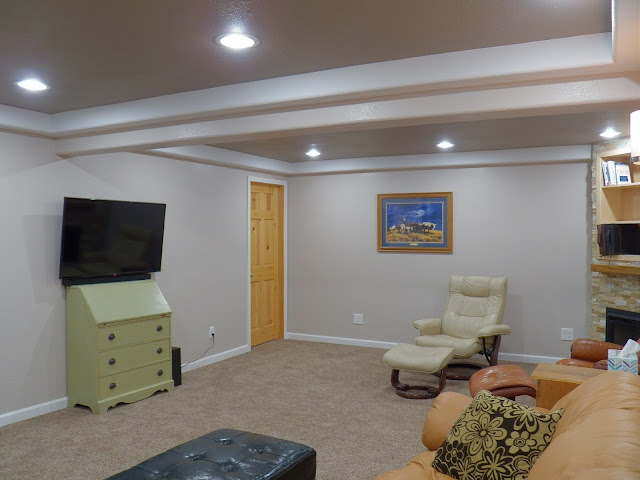 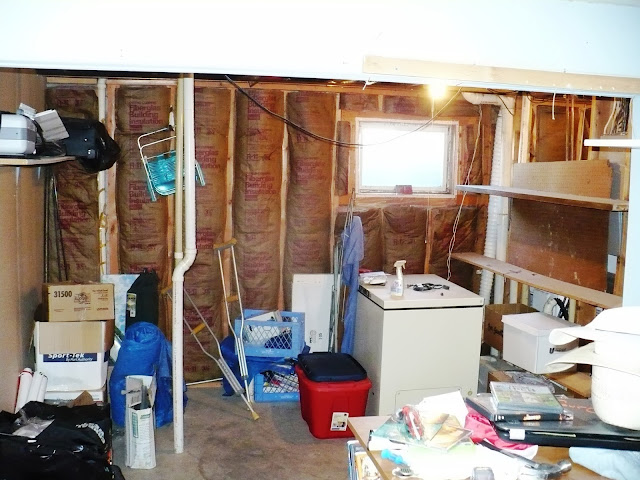 Bathroom After - Light, bright and modern 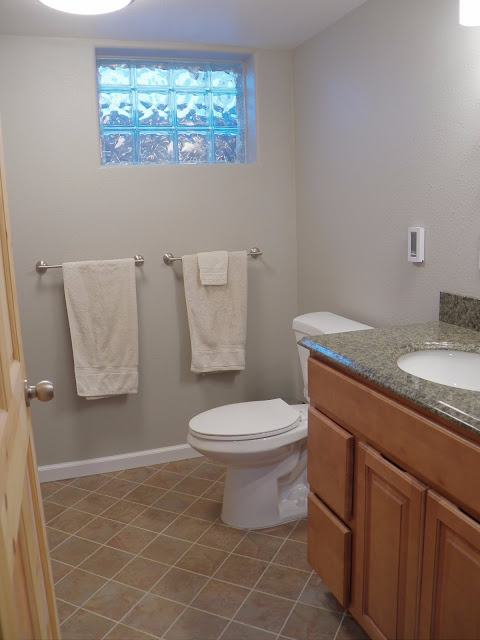 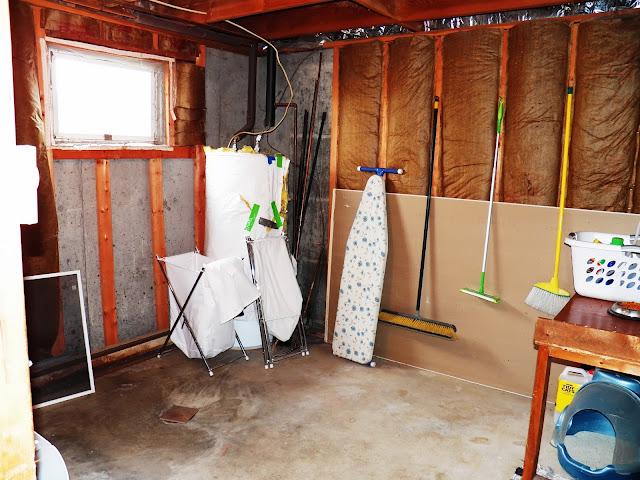 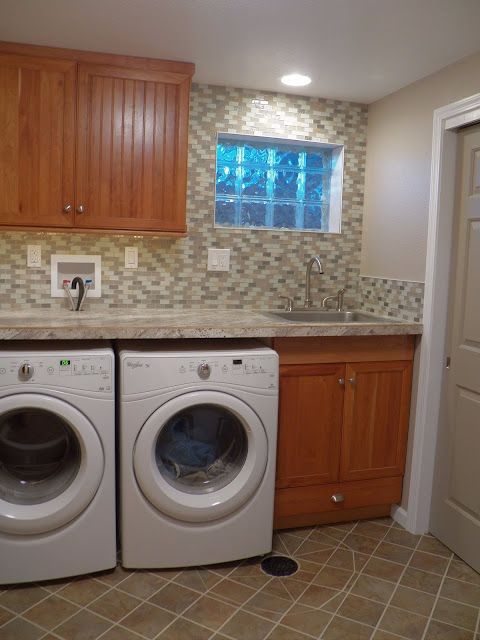 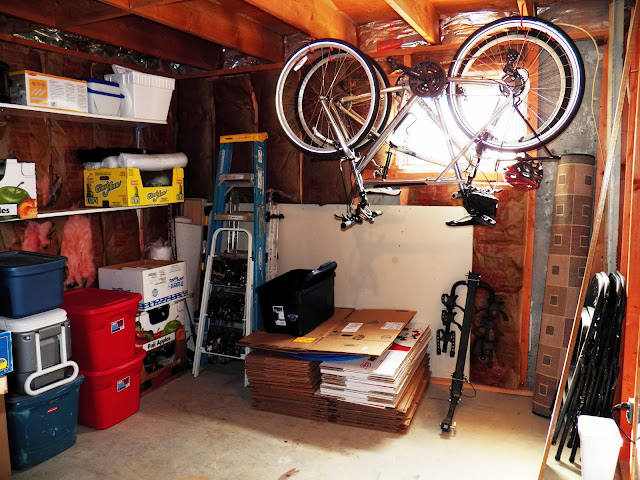 Bedrooms 3 & 4 are mirror images of each other and share an egress window well. 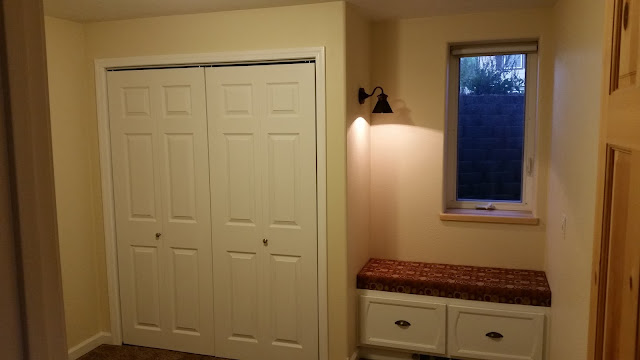 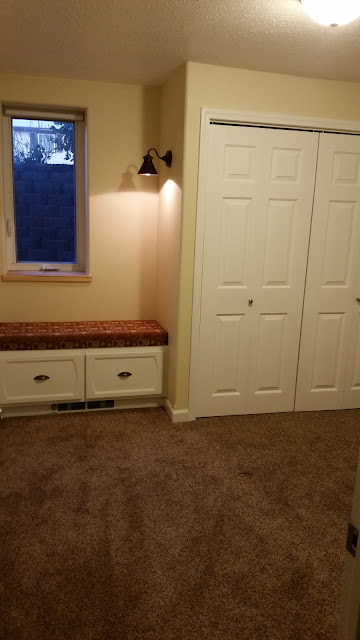 Unknown said…
I really like the finishes you did on your third home- you are brave! These houses look like a lot of work!
3:05 PM

We sold our house last week.  This may come as a surprise since the house wasn't even for sale. We weren't planning to move.  Everything in the house was designed with the idea that we would be living here for years.  But sometimes God makes it abundantly clear that He has other plans.  In the course of just a few days Luke was offered a chance to move to his company branch in my hometown and we met a family looking for a house in our neighborhood.  And now our house is under contract.
Closing is scheduled for mid-July so I will have a little time to recover from having the baby, but until she arrives I've been packing up all our non-essentials.  We have already started looking for our next home; maybe it will be a home we get to enjoy for decades.  We'll just have to wait and see.
2 comments
Read more

It's been over a year since I posted. There are a couple of reasons for that.  1) We can't get internet service to our house. We use our phones as hotspots but loading photos is very slow. 2) Having a small child prevents us from getting much done.
However, I am happy to report that we have actually accomplished something this summer. I've been working hard and I'll post more about our other projects later (maybe much later), but for now I'll share the face lift we gave the prow front of the house.
The siding was in very poor shape from years of sprinkler damage.  We also had a large hole in the wall from where the old air conditioner was installed.  Throw in some drafty old windows and the whole thing needed an overhaul. In process - Replacing the original windows from 1981. We replaced the siding on the lower half of the walls with LP shingles and put new trim around the windows.
After - The new windows, paint, siding and trim give the house an updated look for …
Post a Comment
Read more

It might not feel like we've accomplished all that much since buying the house last summer.  What progress we have been able to make comes during naps and after the kiddo is down for the night.  But despite having to work in nap-sized increments, we have been able to get quite a bit done.  Take for example the house paint.  The siding was rough shape.  A few more years and we would not have been able to salvage it. Before - Rust colored stain needed a fresh coat years ago After-Paint provides much better protection for the brittle pine siding. Before After  Garage Before - Original combed cedar siding was in terrible shape after years of mistreatment. Garage After - It looks better, but the siding needs to be replaced.  The new paint will buy us some time until we're ready to tackle that project. Stable Before - Probably hadn't been painted in 20+ years. Stable After - It took 8 gallons of paint for a 16x30 structure. Someday I might get around to posting a photo tour of …
Post a Comment
Read more