November 06, 2018
It's been over a year since I posted. There are a couple of reasons for that.
1) We can't get internet service to our house. We use our phones as hotspots but loading photos is very slow.
2) Having a small child prevents us from getting much done.

However, I am happy to report that we have actually accomplished something this summer. I've been working hard and I'll post more about our other projects later (maybe much later), but for now I'll share the face lift we gave the prow front of the house.
The siding was in very poor shape from years of sprinkler damage.  We also had a large hole in the wall from where the old air conditioner was installed.  Throw in some drafty old windows and the whole thing needed an overhaul. 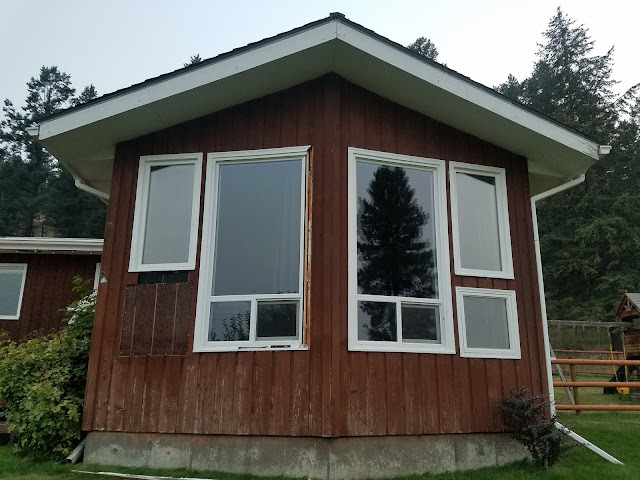 In process - Replacing the original windows from 1981. 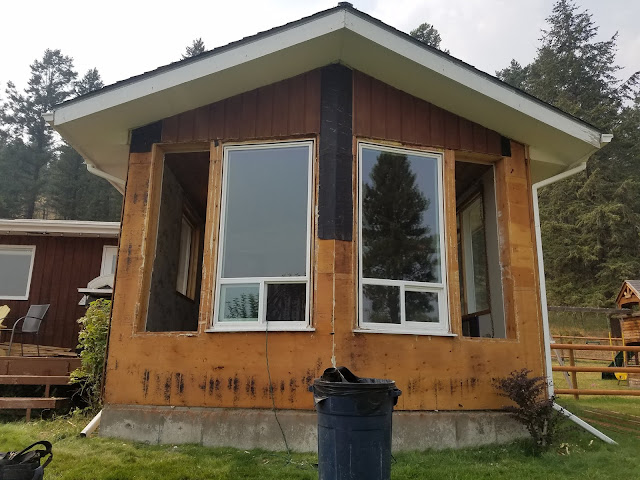 We replaced the siding on the lower half of the walls with LP shingles and put new trim around the windows. 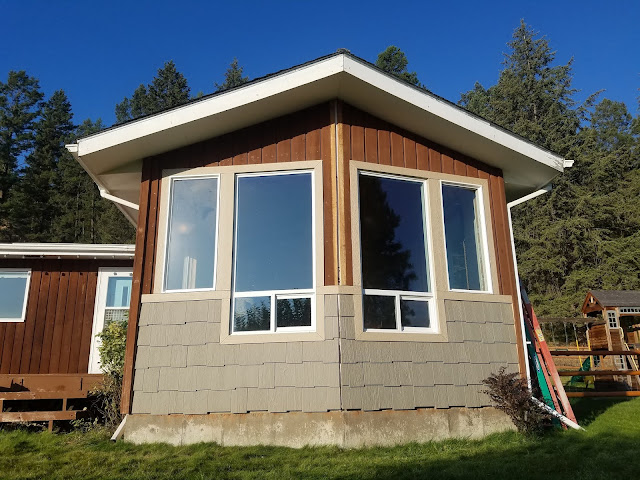 After - The new windows, paint, siding and trim give the house an updated look for just a few hundred dollars.  In the spring I hope to add plants across the front to help protect the siding from further water damage. 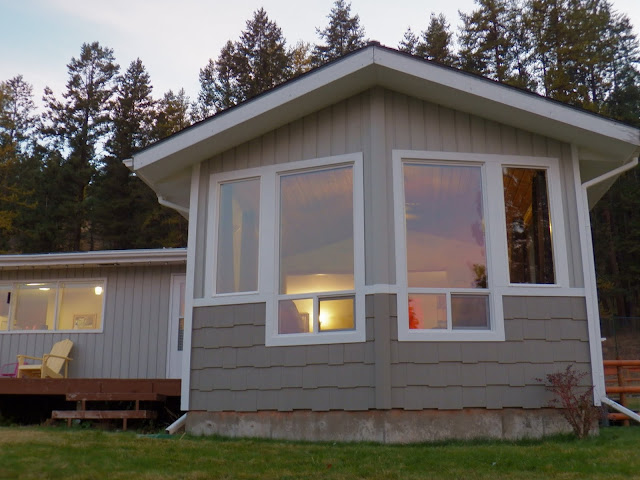 Coming soon(ish) - before and after photos of the exterior paint project.