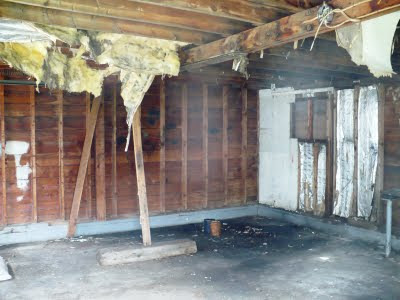 The roof is so bad that you can see daylight between the shiplap. 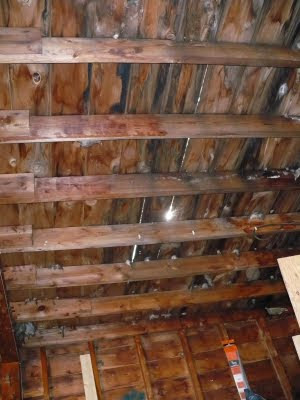 Why is it leaking? Perhaps because the roofing should have been replaced fifteen years ago. Not to mention flat roofs do not belong in Montana. 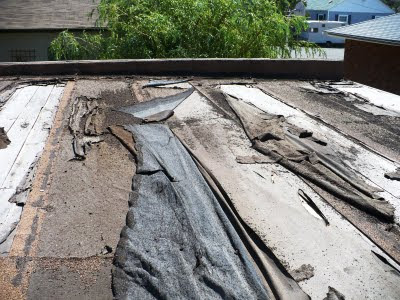 Can you tell what what areas were completely exposed? 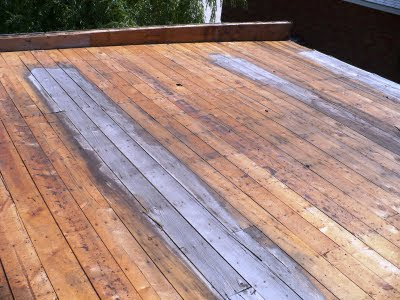 Our building permit allows us to put up trusses but we don't have time for that this year. As a temporary measure to keep our tools dry we rolled out 6 mil plastic and anchored it with lath strips. 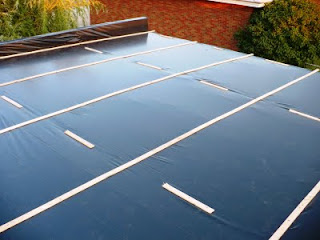 We still had a little water getting through so we added a 20x30 heavy duty tarp for an extra layer of waterproofing.
Then we turned our attention to the interior. The garage was built with a support port for the overhead door. At some point the post was cut out and the garage door opening has since sagged over 2". 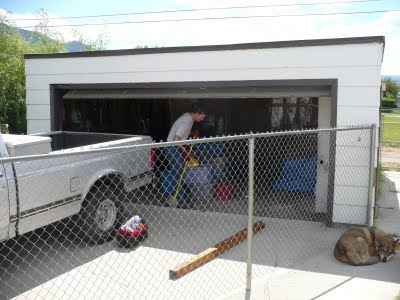 We jacked up the door opening until it was level and put in a temporary post. It blocks one side of the garage but it's only a temporary measure until we replace the header. 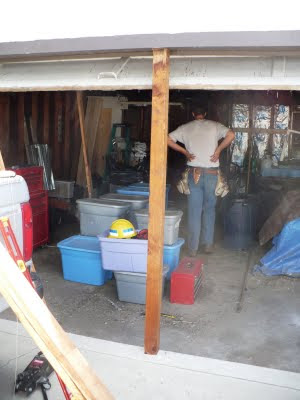 The beam across the middle had also sagged when the support posts were removed. The new post is another temporary measure. We'll be able to get rid of the entire beam after the roof trusses are installed. Next year we'll also be addressing the power for the garage. We wired in a few outlets and lights but we plan to install a subpanel and wire the whole garage. We'll also want to do something about the wire that feeds the garage. 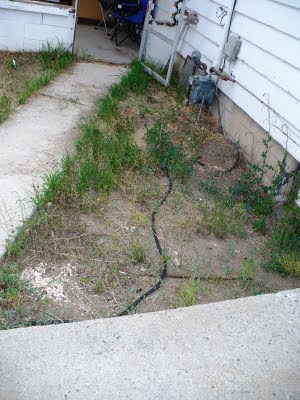 The wire is rated for direct burial but it's not intended to just lay on the surface where it could be nicked by the lawnmower. For now the garage is functional. We'll worry about finishing it when the house is a little more put together.